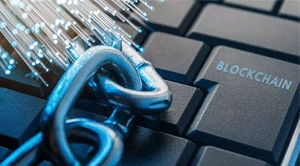 Blockchain technology has all the ingredient for becoming popular. Smart strategies are capable of breaking barriers to mainstreaming its adoption.

FREMONT, CA: Blockchain is a breakthrough technology that can prove beneficial in many ways. The lack of buzz around this technology can be attributed to the fact that there are certain challenges in the mainstream adoption of blockchain. Mainstreaming blockchain is unstoppable by overcoming limitations with the following possibilities.

Consumers expect fast and efficient services, and blockchain is required to become more open, in order to satisfy users. A consensus mechanism can address this challenge well by creating validity in a transaction between involved parties.

A major barrier in the acceptance of blockchains comes in the form of associated prices. The cost of creating and implementing a blockchain network is high. With the help of cloud-based blockchains, one can expect better acceptance of the technology. Also, better interfaces that appeal to the general public can help blockchain perform well.

Many countries have placed a lot of regulation in the way of blockchain. Easing tough laws and regulations helps in increasing the adoption of blockchain technology.

Transparency, which is one of the stronger points of blockchain ironically, is also one of its limitations. Developers are working towards stealth addresses and channel features which can be effective solutions.

These hurdles that are preventing blockchain from becoming a rage might soon become non-existent. It is a matter of time and a few more innovations before blockchain becomes a part of daily life.