Leveraging Cryptocurrencies: Means to Survive in the Market Competition 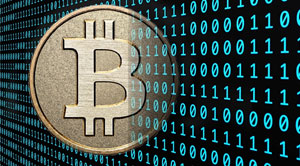 In 2017, the world was stormed by cryptocurrencies. Bitcoin’s price has reached close to $20,000. The ICO average was over ten times higher. Funding by the ICO exceeded conventional financing by the VC funding. The new choice among managers was blockchain technology. Many analysts predict that the government’s currency will be inevitably cryptographic in the future. The cryptocurrency system offers lower settlement times and increased traceability than the traditional fiat alternative. Crypto-monetary assets, similar to fiat currency, can also be supported and their price can be manipulated artificially by various controls.

There is a competition among the world's four most valued companies, based upon stock market assessment, the first to reach a value of one trillion dollars. All these companies are representative of the new economy—one that may be called the no-longer-so-new economy, the new economy. Apple, Amazon, Google, and Microsoft are on the race to the “4-comma club.” This new economy is built upon the transition to digital business and online connections that lasted decades. It is the internet economy or what blockchain supporters refers to as “Web 2.0.”

For individuals as well as physical and virtual assets a cross-border, blockchain-based auto-sovereign identity standard emerges. If email is the "killer app" for the internet, identity solutions for blockchain will prove to be the "killer app." Today, identity systems are very dysfunctional and insecure. Blockchain-based identity systems will solve these problems. These systems provide a single verification source for the identity and assets of individuals.

In the future, blockchain technology is expected to be used by most of the world trade. Blockchain’s global supply chain is one of the most promising fields for significant business value. At present, world trade is being carried out through a chaotic, fragmented group of untrusted parties. Inefficiencies, mistakes, and fraud lead to them. It is a set of real-world problems which are currently unsolved without the use of blockchain technology and cannot be fully resolved.

The development of blockchain technology will be attributed to significant improvements in the standard of living. The most serious issues to be addressed are perhaps poverty and income discrepancies. More than 10 percent, 750 million people worldwide, live on lesser than two dollars a day.

Today, predicting the long-term future of cryptocurrency is challenging. The collective dream of a world free of personal debt might be a little far-reaching, but technologies still have a lot to offer. Although some of the inherent limits could be overcome and some of the proposed new solutions seem sound, blockchain’s future also depends on how the traditional financial world reacts to the newer implementations and the way global governments deal with them.