Is Blockchain The Answer To Cybersecurity? 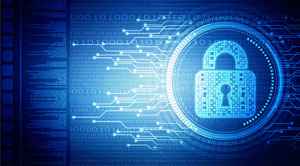 Cybersecurity is one of the major concerns for organizations around the world, and they strive to achieve the same. The centralized storage system makes the data highly vulnerable to cyber threats. Data in the current age is crucial, and its loss can be serious harm to the businesses. The blockchain is one such technology that seems to hold the potential required to overcome present cybersecurity challenges. This technology has intrigued the researchers most with its characteristics, and they believe that it would overtake the existing cloud computing technology.

What does Blockchain Offer?

Blockchain is a decentralized ledger that is secured with cryptographic security and supported by immutability and self-authentication feature. The decentralized ledger eliminates intervention of a third-party and possession over data. Entities in the chain network can store the data but no single entity will have complete control over it.

The immutability feature restricts any entity to modify or tamper the already stored data, but all the entities can view the data available in the blockchain, which injects transparency in the network. Blockchain self-authenticates each user and only after proper validation one can access the network, also the data stored is encrypted with cryptography, adding an extra security layer against the threats.

Each transaction data is stored in the blockchain itself which means a track of transactions is available for the longer period, and validation of data is possible. Real-time data sharing is also leveraged by blockchain technology.

Check this out: Top Cybersecurity Companies

What Holds Back The Blockchain?

With such great features the technology seems to be revolutionary, still, it hasn’t seen much application apart from cryptocurrencies. An absence of the rollback feature is a drawback that obstructs the expansion of blockchain. Once a transaction is made in the network it cannot be rolled-back which sometimes may lead to loss of valuable data permanently.

For cases of human errors blockchain technology still requires a solution. As blockchain does not allow access without validation, in scenarios where the credentials are lost, the valuable data would also get lost and this concerns organization the most.

Also, the technology still has not found proper implementation apart from cryptocurrency. Companies are reluctant to share their valuable data for development and pilot purposes; as a result, exploration of blockchain technology could not happen precisely. A significant contribution is required for the development of any technology, and the blockchain lacks this the most.