Innovative Progression of Robot and Smart Devices in 2019 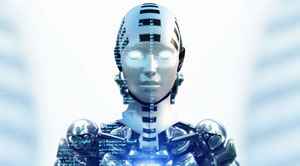 Industrial automation has entered into a golden era of adoption and technological advancement, with consumer robotics taking the next level of growth for personal and domestic use. Here are a few trends we can expect in 2019

The concept of cloud robotics is not new to the industry but the interest towards this stream is recent with Google and Amazon announcing new services aimed at cloud-based development, and management of robot applications and deployment efficiencies. Connecting robots to the cloud increase computational power, storage, and effective communications. Cloud-connected robots are able to communicate with each other effortlessly in operations teams across environments.

There is a growing international competition in robotics. With an intensifying global race for leadership in automation, as Europe, Asia, and North America join the race and compete for market share. China is leading the track with heavy influence on the market as both a buyer and seller. According to the International Federation of Robots, there would be a massive increase of 1.8 million industrial robots in China by 2025, which is a ten times increase over the current estimates. But the biggest impact on the industry is the number it manufactures at home than the number China purchases

Check it out - 20 Most Promising Robotics Solution Providers

2019 can be a pivotal year for adoption as the robotics industry as it is seeing rapid adoption of industrial robots into new markets. Previously, the industrial robot market was limited to automotive and electronics industries. Now, industry robot market has seen significant adoption and growth into the demand of robots into markets like food and beverage, warehousing, and logistics. The rise of soft robotics is creating robots that are easier and safer to interact with. For example, soft robotic companions can be used in healthcare to assist with tedious tasks such as medication intake and bathing to save the time of nurses and doctors, which is important to reduce patient recovery time. There is an increased discussion about are perspective job killers and there is a need to prepare the workforce for the jobs of the future as automation is becoming common across industries.

As consumers continue to bring smart devices in the home, companies will act to make devices smarter by giving them a greater sense of spatial awareness in the home. For example, telling a vacuum to clean specific areas of the home, like “in front of the couch”. Giving the devices the ability to understand spatial awareness will be the greatest factor in the advancement of the smart home.