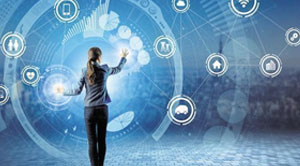 In India, the number of IoT connected devices is expected to reach up to 1.9 billion, and US-based IoT startup Smartiply has decided to expand its market in India.

FREMONT, CA: Internet of things (IoT) is immensely shaping the current business procedures. It has already permeated over the work culture of large organizations, and its adoption is gaining popularity at an unprecedented rate. In India, there are around 60 million IoT connected devices, and the number is expected to reach up to 1.9 billion. Envisioning a bright future, US-based pure-play technology startup, Smartiply leveraging IoT has decided to expand its market in India.

Smartiply wanted to go to a market that could provide them with the most challenging atmosphere in terms of IoT deployment. And what could be better than India where connectivity outside the major cities is still limited? The company works on the principle of fog computing, which enables seamless connectivity for data, storage, and applications. Smartiply’s IoT solution allows data to be streamed continuously from various locations to a central node for real-time monitoring. The functionality of the solution includes security and surveillance and is deployed using system integrators.

As per International Data Corporation (IDC), the global IoT technology is expected to reach around $1.1 trillion by 2025. The scenario in the Indian market is similar. According to Nasscom, India would be among the top IoT-based innovation in the APAC region where the market size is expected to surge at a Compound annual growth rate (CAGR) of 62 percent and reach around $9 billion by 2020.

However, some challenges have limited IoT to realize its utmost potential in the Indian market. The significant roadblocks are economic cost, infrastructure bottlenecks, and geographic conditions. However, Smartiply is positive over the advancements and has already developed a hardware product with advanced built-in software that connects devices in remote locations to the internet.  The company’s engineering teams operate from the US, Taiwan, Poland, and India.

Given Smartiply’s success in the Indian market, the company is actively looking at other geographies such as South America and Africa, where some pilot projects are being rolled out.