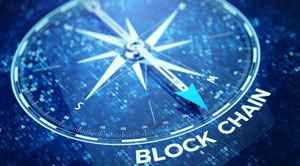 Regardless of much noise, the futuristic forecasts, there are not many real-world blockchain applications globally. However, the green capital market, in which the blockchain has been tested and proven to be applicable, is not a case. Technology opens up environmentally friendly markets for companies that allow emissions trading. Here’s how.

The case relates to CO2 emissions into the atmosphere, the leading emitters of which are power generation companies, based on fossil fuels. Governments and institutions came together to reduce harmful effects on the environment and prevent climate change, the Kyoto Protocol, which provides for emissions trading, entered into force in 2005.

Emission allowances and carbon credits are measured by carbon units equivalent to one ton of carbon dioxide emitted into the atmosphere. Emissions above quota are limited and subject to a fine, carbon credits are in demand and can be bought on the exchange, popularly known as cap and trading. Additional market models are developed and implemented, corresponding credit or tax, trade or transaction-based.

The point of trade in carbon units is not only to make countries buy off problems but also to make mitigation, compensating for environmental damage, more cost-effective, to stimulate them to reduce harmful emissions, develop their economy effectively, and attract investments.

But if the theory looks excellent, in practice, certain factors are a little more complicated. Markets are affected by over-regulation, over-centralization and disintegration, unpredictability, fraud and non-transparency and high transaction costs.

The world’s first carbon unit transaction was conducted with this technology in the DAO IPCI blockchain ecosystem in the spring of 2017. The system built by Airalab on the Robonomics digital platform combines the functions of the market for verification, registration, and environmental goods. It allows users to allocate and manage ecological assets and liabilities via distributed blockchain books.

The DAO IPCI model is based on the interaction between the peer-to-peer market of several parties, those responsible for environmental damage, suffering loss, and the suppliers of offsetting instruments.

The pilot transaction was conducted in March 2017 in DAO IPCI under the Blockchain Climate Standard between the Aera Group (France) and the Russian Carbon Fund with Mauritian solar energy carbon credits.

The above case describes only one of the implementations of the Robonomics Network. It opens up a green capital market and investment opportunities not only for countries but also for so-called intelligent buildings that improve their efficiency and durability—creating a new line of product category much akin to iPhone.