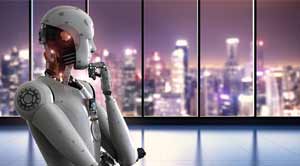 In today's digital era, artificial intelligence-based robots are one of the technological advancements’ testimonies. Implementation of robots in collaboration with different AI and machine learning programs helps enterprises to reach heights. At the same time, many emerging techniques rely on robots to fulfill the requirements. In the healthcare sector, the role of robots is adding milestones to the researchers’ efforts. A new hospital in Dubai entirely runs with robots including robotic surgeons.

Robot enthusiasts are eagerly waiting for robotic competitions that represent future robotic ideas. Many robotic ideas are to be launched in the coming years. There are zillions of robots already prevailing in various industries.

In appliance control, AI bots have access to control electrical home appliances using Facebook Messenger platform named Chatfuel and ESP8266-12E NodeMCU. Virtual Telepresence Robots are the type of robots that run using Raspberry Pi technology. The bots contain camera which captures and displays the real-time pictures to the user through a virtual display. In addition, the camera turns as per the head rotation of the user. Using MATLAB, the robots can sense colors too. If the robot is coded with red color, based on its position, real-time information is sent through ports. The users can change the color as they wish by changing the program code.

Technology also has paved ways to control a robot without wire. The accelerator and microcontroller present in the robot detect the tilting position and generate command signals respectively. The other robot is the soccer robot that rotates and moves in all direction through Android phone control. When the user shakes the phone, the robot kicks a ball.

Greeting robots have become a trend today. Using the Arduino Uno board, the robot turns its head 180° and scans people using the ultrasonic module. When it finds anyone, it greets them. Apart from these robots, there are window washing robots, fruit picking robots, self-balancing robots, maze solving robots, stair climbing robots, land survey robots, and metal detector robots.

In addition to these, researchers have been working on different algorithms to launch new robotic projects with unique advantages to diverse industries.