Foldable Drones can Lend Assistance in Search and Rescue Operations 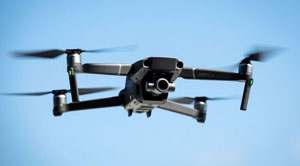 The high-risk factors involved in the search and rescue operations during earthquakes and others calamities has necessitated the development of versatile drone systems that can be leveraged to aid in the operations.

FREMONT, CA: It has been less than half a year since the terrifying incident in Nigeria, when a building collapsed, trapping numerous people in the rubble. The rescue teams found it challenging to determine the location of survivors in the unstable pile of debris. Also, the lack of technology to aid in the rescue hindered the efforts.

Similar incidents occur all over the world every day. The utilization of drones in the rescue operations can significantly increase efficiency, making it easier for the rescue workers to save as many people as possible. However, not all drones can squeeze through small spaces, including cracks in the wall, broken windows, and through bars without compromising the temporary stability of the structure.

To solve this problem, researchers from the Robotics and Perception Groups at the University of Zurich and the Laboratory of Intelligent Systems at EPFL recently developed a new drone system. The folding mechanism inspired the design in the wings of birds, which allow them to fly through narrow gaps before unfolding again. The drone can also be used to transport objects.

The research groups involved in the development are a part of the National Centre of Competence in Research (NCCR) funded by the Swiss National Science Foundation. Although the drone system has simple mechanisms, it offers versatile and autonomous functions with onboard perception and control systems. The drone also possesses the capability of maneuvering through tight spaces, ensuring stable flight operations.

The Quadrotor designed by the Zurich and Lausanne teams consists of four propellers that can rotate independently, all mounted on independent mobile arms can fold around the mainframe using servo-motors. The control systems quickly adapt to any new position of the arms, adjusting the thrust force according to the changes in the center of gravity.

The foldable drone exhibits high versatility through its adaptive morphology, enabling close gap maneuverability, surface inspection, and object transportation. The experiments were conducted using autonomous Quadrotors with onboard visual-inertial sensors and computing systems. The trials did not involve external motion tracking systems. The results show the possibility of stable flight in the absence of symmetry of morphology.