Fighting Off Emergencies with IoT 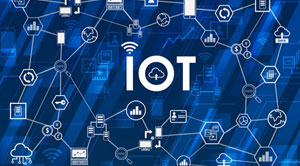 Emergencies can be easily tackled with IoT that can impart a degree of efficiency in the existing emergency response systems.

FREMONT, CA: Emergency services require immediate response measures. Thus they are dependent on tools and technologies that can impart a degree of efficiency in the existing system. Whether it’s a road accident or a building caught up in flames, emergency workers try to minimize the loss of property or life as faster as possible. The services incorporate the necessary technologies to help them in managing functions ranging from field work to records and dispatch. The various aspects of these processes are continuously updated to understand the emergency needs of the people. However, one such technology that is highly underrated despite its invaluable contributions in emergencies is the internet of things (IoT).

The idea behind keeping the hotline numbers shot and simple like 911, or 100 is that those in need of help can easily reach the helpline personnel. However, with the growing population and ill-distribution of resources can lead to desperate situations. IoT enables the security services to understand the requirements better and to engage the available resources efficiently.

Despite the constant updates that the emergency personnel receive on their new infrastructure models, their hardware resources and software are still ancient. It is a challenge even in countries like the United States that pinpoint the exact location of the spot from where the call or message has been sent. Incorporation of IoT-based technology not only enhances the accuracy of location tracking but can even connect with the devices close to the site of the accident and place an emergency response request.

Smartphones have provided us with various comforts. But the advantages of smartphones are not merely restricted to luxuries. With IoT, cell phones can connect to the emergency services network enabling them to track the location using their guidance system easily. Another prospect is to connect the surrounding devices such as CCTV cameras and car-sensors to an IoT network. Such systems can be highly efficient, especially in eliminating the possible delays caused due to problems in the phone network.

With the unprecedented rise in population and the number of vehicles on the road, it is increasingly getting difficult for the emergency service providers to access the accident site. It can be crucial for those who are fighting against time. With IoT system, an emergency vehicle can be updated with the entire city’s traffic and maneuver them to reach the location.