Exploring the Universe with AI 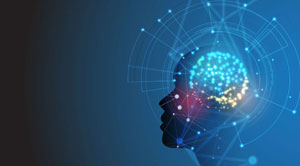 With the help of AI technology, cosmologists can discover celestial object quickly and efficiently.

FREMONT, CA: In our efforts to unwind the hidden secrets of the universe, we often fail to acknowledge the unlimited resources pushed to achieve that goal. The contradiction of reasoning has compelled us to store a multitude of cosmological data which is impossible for any human brain to uncover. With terabytes of digital information entering the machines, it becomes increasingly critical to deciphering the data. Furthermore, the limited power of conventional deduction has given rise to an asymmetric ecosystem.

In the search for an autonomous substitute of the human brain, the scientists and cosmologists introduced Artificial intelligence (AI) in the cosmological observatories. Moreover, the ability to master monitoring applications in a short time made the AI technology a suitable candidate to detect nuances. From minimal variance in wavelengths to detection of gravitational lenses, the AI-powered satellites are changing the face of contemporary astronomy.

Traditionally, trained individuals have to sift through hundreds and thousands of pictures each day to locate anomalies, which delayed the process of discovery and complicated the duties of cosmologists. However, with the wave of AI technology in the industrial ecosystem, the steps of manual entries and detections will become completely autonomous. Bounded by the parameter of time, humans cannot solve the limitless mysteries of the universe, but with the addition of AI technology, this distant dream will also become a reality.

Digitally synthesized neurons are the structural framework of an AI system, which makes it possible to perform various tasks responsibly and efficiently. On the other hand, pattern recognition techniques utilized by AI-powered systems can detect physical objects in space. Until now, the uncertainty of physical objects has bugged the study of several scientists, but with the increasing rate of discoveries, the uniqueness of the outer space will become known. Experts believe the applications of AI exceeds the parameter of monitoring, as spaceships integrated with AI imaging technology can be able to store, detect, and sort the out-worldly bodies, which will eventually bridge the void between theoretical and practical. Even though the introduction of AI in space technology is in an embryonic stage, but the functional development is telling a whole new story.