AI Driving the Advancements in Photography 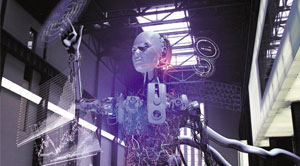 Photography and camera in a smartphone is an integral factor for the business. The next revolution in the smartphone race will largely depend upon the AI-driven advancements in camera quality.

The first instance of AI entering the consumer world was marked by Apple’s introduction of the A11 Bionic neural engine chip that powers current iPhones. The chip is specially designed for tasks such as face and image recognition, AR-based applications, and others. As the smartphone products are moving to the next generations, manufacturers are concentrating on image capturing and real-time processing as the changes in these areas are relatively easy to notice by the customers.

For professionals, there are other critical areas of focus that are the key factors to the image quality. For instance, the processing must be done immediately after the photo has been captured. There has been steady progress in RAW processing over the years, but AI is determined to speed up the process significantly.

As a result of AI-powered up scaling, consumers will enjoy photos of far superior quality that they are currently clicking on their smartphone. A team of developers at Skylum is almost set to roll out the technology that will enable the smartphone images to be printed at incredible resolution and sharpness.

Google Photos was another demonstration of the excellent mix of photography and AI that turned the disorganized customer photo libraries into searchable databases. They used a deep neural network that learned from the data which were labeled by humans. The supervised learning involved training the network through millions of images that allows it to spot visual cues at the pixel level for category identification.

Photography and camera in a smartphone is an integral factor for the business, not only for the giants like Apple and Google but also for smaller players. The next revolution in the smartphone race will largely depend upon the AI-driven advancements in camera quality.