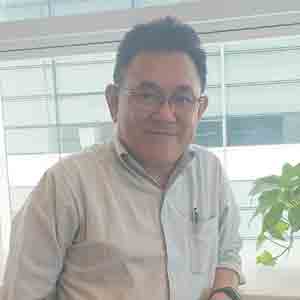 Technology changes are coming fast and furious, so to say. Some will be adopted very quickly and be part of mainstream IT, some will take much longer, and some will disappear and continue in the archives of Wikipedia. One of these technologies, Cloud, started gaining a foothold in the late 2000’s and early 2010’s. During this time, Cloud was still in its infancy, where the focus was very much in moving your infrastructure to a third party or moving your apps to a SaaS (Software as a Service) model. Having spent the initial decades of my career as a vendor and system integrator, Cloud wasn’t a priority then as it didn’t really add to the top and bottom line of projects.

As I took a role at an end-user in the early 2010’s, I had the opportunity to meet with cloud vendors like AWS and Azure. Two key things were very noticeable during these early days. Firstly, the services provided were not exactly transformational, services were still quite basic, and the benefits were not very clear, at least not enough for too many CIOs to stand up and make the change. Secondly, resistance from internal IT teams was very strong, focussing on a range of “perceived” weaknesses rather than potential benefits to the company. This range from lack of commitment to SLA on application, control of data, and off-shoring of systems and data. I believe the main reason is the uncertainty of handing over control to a vendor, a very large part of an IT organization’s function.

Cost, though it is important, is not the key focus when deciding on cloud migration.

Organizations started demanding for cost optimization, downsizing IT teams, and rapid delivery of services as the need to digitally service its customers took center stage. IT has no choice but to explore ways of reinventing itself to meet these new demands from the business. Some organizations took on the challenge and started piloting projects leveraging the Cloud. Some, however, took smaller steps by virtualizing compute and storage.

At this time, I had the opportunity to join a start-up organization where the focus is on rapid delivery of systems and services, cost optimization, and minimal FTE by leveraging on managed services. Several key factors allowed the quick adoption of Cloud in the organization

2. Lack of any legacy system (s), which would have made the implementation more difficult.

3. A business distributed across multiple countries and many

offices. Setting up a communication network to support traditional IT would have been very difficult and costly.

Office 365 was deployed in 2013, followed by our first application hosted by a Cloud provider in late 2014.

Challenges were aplenty during those early days, as it is today. Unfortunately, some of these challenges remain till today.

1. Evolving technology – Cloud technology is evolving so quickly with new services delivered at an accelerated pace. It is a challenge to keep up, which we must to ensure that the organization benefits fully.

4. The right governance and security model – this presents a serious challenge in the last few years. The volume of cyber-attacks is increasing at an accelerated pace.

Setting up services on the cloud, be it SaaS or deploying an application in the Cloud is easy. Technical experts can create a simple multi-tier redundant infrastructure to support any organization within a few days rather than months in a traditional on-premise environment. However, to do it right is not an easy task and will present similar but yet different challenges.

Things to watch out for when moving to the cloud

1. An overarching IT strategy and architecture that includes cloud (s), including Inter-cloud communication and integration standards in a multi-cloud environment. The focus should also be given to security and performance monitoring capabilities.

2. Governance, including policies, standards, and guidelines, need to be in place.

3. A ‘water-tight’ contract that focuses on data-ownership.

4. Finding the correct partner, be it the technology provider or the systems integrator/managed services provider.

5. Ensure the internal team is up skilled to over-see the partners and is able to conduct reviews and audits.

One of the biggest mistakes made by organizations is to focus on cost as the key reason for deploying to the cloud. It is an important factor but not the most important.

Cloud-based solutions can most definitely deliver the benefits promised but if not implemented properly, unsurmountable challenges will soon surface. Remember, deploying to the cloud is like outsourcing the heavy lifting but responsibility and accountability still rest with you.